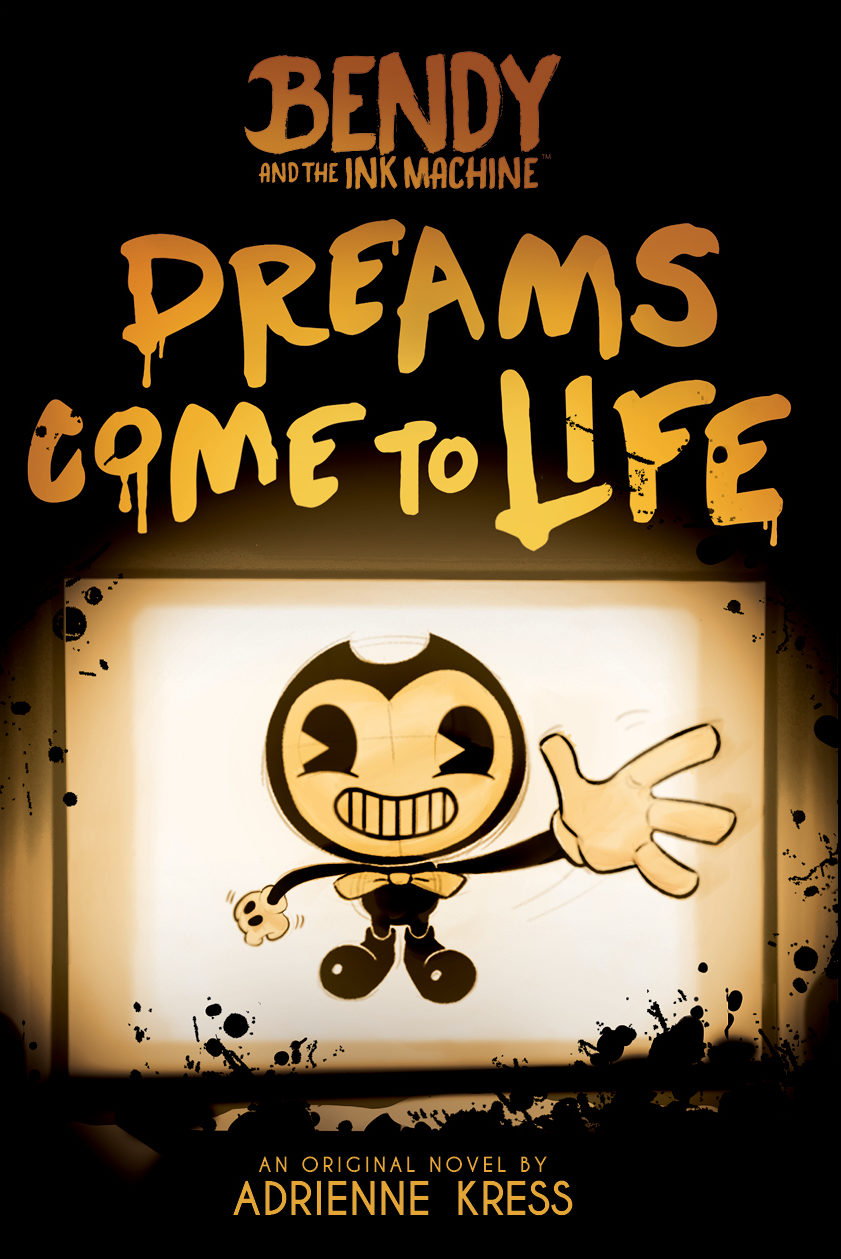 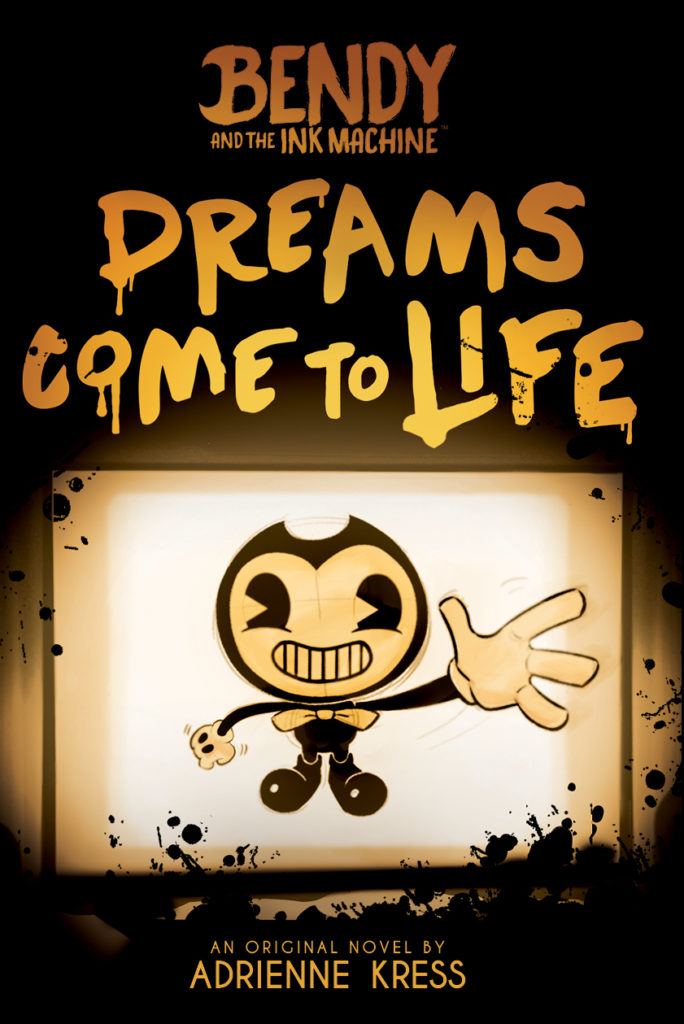 An all-new official, original novel from the twisted world of the hit horror video game, Bendy and the Ink Machine!

Seventeen-year-old Buddy has spent most of his life trying to escape the Lower East Side slums of New York City. Working as a delivery boy to support his family, Buddy wants to become an artist, a dream he’s sure will never be realized. But that all changes when a delivery job puts him face-to-face with Mister Joey Drew, the eccentric owner of an animation studio.

Mister Drew takes Buddy under his wing as an apprentice, thrusting him into a world unlike anything Buddy has ever seen before. There’s the colorful cast of the studio, from the cranky, yet driven composer Sammy Lawrence to Dot, the writing intern and Buddy’s counterpart. Working for Mister Drew, Buddy starts to think that maybe it’s really as simple as Mister Drew says: Dreams docome true. But not everything at the studio is as picture-perfect as it seems . . .

Something is going bump in the night at Joey Drew Studios, something that leaves behind trails of thick, dark ink. While the studio frantically works toward their latest deadline, Buddy and Dot team up to find out just what is tormenting the studio after-hours, even if it means tracking the trail to Mister Drew himself.

"Kress creates a hair-raising tale based on the popular survival horror video game “Bendy and the Ink Machine.”

She capitalizes on its survivalist plot and creepy ambience by setting her story—like the video game—largely on the premises of Joey Drew Studios, a New York City–based production house dedicated to creating “Bendy” cartoons. Emulating the shifting perspective of this genre, in which players have less control than in a typical action video game, the 16-year-old Jewish protagonist, Daniel “Buddy” Lewek, begins his story by ominously looking back to the summer of 1946, warning readers that while dreams may come true, nightmares do as well. Though somewhat cagey as a narrator, Buddy is an extremely likable character, having dropped out of school to help support his recently widowed mother. He’s now dealing with the unannounced arrival to their Lower East Side tenement of his Polish grandfather, who speaks little English, is pale and shockingly thin, and has strange numbers tattooed on his arm. Buddy thinks his dreams of financial solvency and becoming an artist are about to become a reality when Mister Drew hires him to be an errand boy and art apprentice, but he soon discovers something as dark as the ink that animates the Bendy figures lurks in the Drew Studios halls, forcing him to reexamine his entire worldview.

Sinister and twisted, this Faustian page-turner enlightens as it frightens."

"Kress builds a genuinely disturbing world within the walls of the studio, which is complete with deep shadows, mysterious noises, strange people, and puzzling disappearances. Buddy is a perfect guide, naive and trusting, dutiful to his mother and loyal to his neighbourhood. Through his eyes, we experience the poverty and anti-Semitism of the times first-hand; the issues don’t dominate the narrative but add to the texture of Buddy’s life. And, crucially, he is always slightly behind the reader when it comes to asking the right questions and seeing through the clearly misleading answers. By the time everything starts to come together, it’s too late.

While Dreams Come to Life is a tie-in to the popular horror-puzzle video game Bendy and the Ink Machine, Kress delivers a chiller that stands on its own. Fans of the game will likely find references and depths which the uninitiated reader will miss, but the novel more than satisfies as horror fiction custom-built for the 12-and-up set."

"This well-written, diverse horror novel will primarily appeal to fans of the Bendy and the Ink Machine video game franchise."

"Buddy is a faulted hero who does whatever he can to escape his dire circumstances, but his friendship with his co-worker Dot helps humanize his ambitions by exploring the realistic struggles of marginalized groups in post-World War II America. The novel’s disturbing twists and turns would certainly appeal to future Stephen King fans and a haunting theme is present throughout the text that if dreams come true, then so do nightmares."