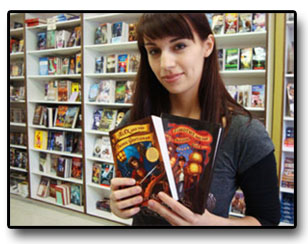 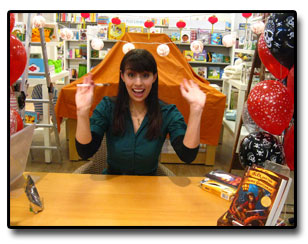 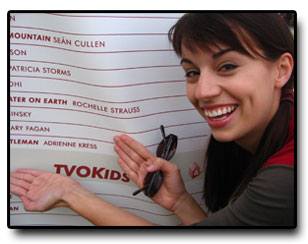 Adrienne Kress is a writer and actress born and raised in Toronto, Canada. It was only natural that Adrienne, the daughter of two high school English teachers, should fall in love with both creating and performing the written word.

Running parallel to her passion for acting was always her passion for writing. In high school, she won the Gordon C Johnson award for her work, and in university she studied with top Canadian playwright Djanet Sears. The play she wrote as a result of that experience, A Weekend in the Country, was performed at the Edinburgh Festival Fringe in 2004 and in Toronto at the Summerworks Theatre Festival in 2007, to excellent reviews and sold out houses.

Inspired by a trip to the town of Bath, Adrienne wrote Alex and the Ironic Gentleman while living in London, England.  Although her first book, Alex, was snapped up almost immediately by publishers around the world – UK/Commonwealth, USA, Italy, Romania, France, Greece, Belgium, Indonesia and Germany – where the translated version of her title reads as Die halsüberkopfundkragendramatischabenteuerliche Katastrophenexpedition der Alex Morningside.  Seriously. It was also featured in the New York Post as a “Post Potter Pick,” as well as on the CBS Early Show, and won the Heart of Hawick Children’s Book Award in the UK and was nominated for the Red Cedar in Canada.

The sequel to the book, Timothy and the Dragon’s Gate, has also been picked up by publishers around the world and was released  in the United States, Canada and the UK and Commonwealth in early 2009. It was nominated for the Audie (USA) and the Manitoba Young Readers Choice Award (Canada). It was also recently optioned for film.

She has also released two YA novels: the quirky paranormal romance Outcast (Diversion Books) and the Steampunk adventure The Friday Society (Penguin), released to a starred review from Quill and Quire and optioned for film.

April 2016 saw the release of Hatter Madigan: Ghost in the H.A.T.B.O.X., an exciting collaboration with NY Times bestselling author Frank Beddor (set in the same world as his Looking Glass Wars YA books).

Dreams Come to Life, her YA novel based on the Bendy and the Ink Machine video game, was Adrienne’s first foray into writing horror, but as an actor she has had the pleasure of being creepy in such horror films as Devil’s Mile and Wolves. And she took great pleasure in getting to haunt teenagers in SyFy’s Neverknock.

Adrienne is presently living in Toronto where she is continuing her writing, acting and directing careers.